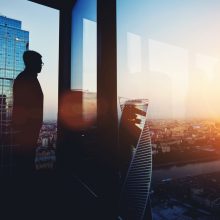 We recently hosted a luncheon for biotech execs where our special guest speaker was Ed Baxter, senior managing director of Evercore’s corporate advisory business, focused on life sciences and healthcare. Ed has broad experience in biotech and life sciences investment banking and M&A at a variety of firms from boutiques to bulge brackets. Here are his key thoughts and takeaways on raising capital for the sector and where it may be headed.

1. Finance now not later
Development-stage biotechs have an insatiable appetite for cash and must complete successful financings to keep the business plan moving forward. Financings should happen often, now not later, and before and after data to position companies for a market downturn, a negative data readout, or an opportunistic acquisition. Despite some down cycles in the biotech equity market over the last 15 years, issuance windows have generally stayed open from quarter to quarter. Approximately $20.4 billion has been raised so far in 2017 through biotech IPOs, follow-ons, and convertibles, compared to $19.8 billion in all of 2016. Based on the capital raised to this point, 2017 will likely be the second-best year in the past 15 for financing biotech.

2. Data plus 12 months — an evolving standard
Maintaining at least one year’s worth of cash on the balance sheet has been a standard dogma in the biotech sector, and companies that fell below that line were thought to be in a danger zone. More and more, it seems public company investors are looking to have a cash runway that carries them through a key value-creating event, plus a cash buffer of 12 months. For example, let’s say the value-creating milestone is positive Phase 2 data. But the data turns out not to be quite what was expected, and some additional clinical work needs to be conducted. With the cash buffer already in place, the company can go ahead and fund the additional required clinical investigation without raising more capital at what would most likely be a depressed share price. Some deals have been pulled or upsized because they would not have provided that extra runway that investors want to see.

3. Biotech M&A activities are expected to pick up
We have heard this one before, but if there is to be tax reform sooner rather than later, then cash could free up for more acquisition activity. In turn, this would drive share prices for public companies higher as investors position themselves for the next takeover. Large pharmaceuticals, with significant offshore cash stockpiles, appear to be awakening from their M&A slumber and in a favorable tax environment, and could make some moves on de-risked assets — their typical strategy.

4. Maintain steady and frequent dialogue with top shareholders
Public biotechs and pre-IPO privates need to be out meeting with and updating their largest current and future shareholders on their progress. Strong existing shareholder backing and ongoing investor education will continue to be important in volatile markets like the one we are in currently. The best tools for this are non-deal road shows, conference calls, investor conferences, investor R&D days, bus tours, and events at industry conferences. The first place anyone goes to learn about a company is its website. At minimum, it should have up-to-date information in an accessible format, a clear statement of goals and strategy, an explanation of technology, and an overview of development programs.

5. ATM is not a dirty word — every company should have one
An at-the-market (ATM) offering is a type of follow-on stock offering that allows the issuer to take advantage of volatility. It is one of the few times that volatility can be the issuer’s friend. As a share price appreciates, perhaps related to an anticipated positive data release, a designated broker-dealer can sell the issuing company’s shares in the open market. The cash proceeds from the transaction go to the issuer and, with a fee of approximately 3 percent, it is cheaper than some other types of financing. Some years ago, ATMs had a negative connotation, but have now become completely mainstream and the vast majority of biotechs put them in place 12 months after an IPO completion.

6. Expiration of the post-IPO lock-up is not such a big deal anymore
The typical post-IPO lock-up of 180 days remains standard practice in biotech. It is a restriction that prevents insiders, such as venture capitalists, management, or other early stage investors, who are holding a company’s stock before it goes public, from selling the stock for a specified period following an IPO. The lock-up expiration used to worry investors, who believed it could lead to significant share price gyrations. This is seldom seen today as large holders realized they really can’t sell material positions in a thinly traded equity.

Overall, this year has been a strong one for biotech financing and it looks like the momentum should carry into 2018. Remember, financing early and often is key according to Ed Baxter.

Want to discuss raising capital for your biotech with a specialist? Westwicke can help. Get in touch.