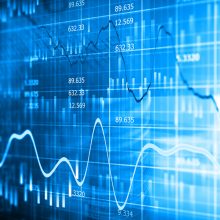 At-The-Market (ATM) offerings represent a way for public companies to sell shares and raise capital while creating little disruption in the marketplace. Like their abbreviated namesake, they can be drawn upon intermittently and at will as long as there is enough trading liquidity on a daily basis.

Since ATMs essentially supply secondary market demand for a company’s stock with newly issued shares, they can be confidentially utilized at almost any time. This is where a strategic investor relations program comes in, because such institutional demand can be fostered only by the active engagement of investors through a mixture of non-deal road shows, conference attendance, one-on-one conference calls, quarterly earnings calls, an engaging content-rich website, news releases, and even investor days.

While ATMs used to be the preserve of less auspicious companies, they are now becoming mainstream in the biotech/pharma sector and form an essential part of a company’s financial arsenal. Their popularity and reputation rose considerably in the aftermath of the 2008 financial crisis, such that now they are used by such blue-chip corporations as Bank of America and Ford. These days, most biotech firms choose to include an ATM as part of their shelf filing on the first anniversary, often to the day, of their initial public offering.

Westwicke recently sponsored — in partnership with Cantor Fitzgerald and Cowen & Company both market leaders in ATMs — two luncheons in San Diego and San Francisco for local biotech companies. The idea behind this joint outreach was to supplement management’s existing knowledge of the ATM product and to emphasize how a strategic investor relations program can maximize the benefits of having an ATM facility in place.

Most biotech startups need periodic infusions of capital by virtue of their developmental nature and lack of revenue. As such, investors have come to expect follow-on rounds of financing immediately after the achievement of significant milestones. Such milestones might include positive Phase 3 results or product approval from the FDA. These financings tend to be large one-off fundraising events and their success depends on market conditions. By contrast, ATMs allow companies to hedge their bets and raise financing prior to (as well as potentially after) such binary data points and also on the back of less significant milestones like the granting of orphan designation, the signing of a commercial partnership, or perhaps Phase 1 or 2 results.

They work as a supplemental source of funding that enables companies to smooth the profile of their capital-raising. Another key point is that their utilization is publicly disclosable after the event. Even institutions buying stock through an ATM are typically unaware that they are doing so. Such disclosure means that companies can draw down on their ATM during the increased trading volume leading up to a blinded data announcement, thus ensuring a company’s survival regardless of the outcome. The ATM activity is included in the quarterly 10-Q filing immediately following the data announcement, assuming such timing allows.

Strategic IR programs help foster demand by raising the awareness and understanding of a company’s development program and the commercial opportunity that lies therein. Institutional investors want to see that a company’s management is active in its dialogue with the investment community, that it lays out realistic objectives and goes on to meet or exceed them, and that management is following best industry practice when it comes to disclosure. Biotech investments contain sufficient risk already without the need for adding a non-investor-friendly, or unconventional management style on top.

Managed correctly, with an open dialogue between your investor relations counsel and your ATM manager, an ATM program can be highly rewarding. It has been proven that many small and medium-sized biotechs can raise just as much through an ATM facility as they can in a secondary market offering. Add to this the fact that ATM commissions are roughly half those for a traditional follow-on and the comparison becomes even more favorable.

ATMs are never likely to replace follow-on offerings as the primary source of capital for listed biotechs, but they are a vital financing component and their average size has been increasing. Here at Westwicke, we have significant experience in working with companies and their ATM managers. If you would like to discuss how we can help your company, please get in touch.

Preparing for an investor meeting?

Download our checklist of 6 questions investors will ask to make a decision about your company.