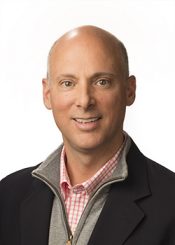 Bob’s capital markets background, institutional knowledge and understanding of the buy side has been instrumental in helping several of ICR Westwicke’s healthcare services companies successfully complete their initial public offerings. Bob has also grown ICR Westwicke’s healthcare services practice to be one of the leading practices in the investor relations industry.

Prior to founding Westwicke, LLC., Bob worked on Wall Street in institutional sales for over 18 years. He began his career with Alex. Brown & Sons in 1988 and was promoted to Managing Director in 1999. In 2002, he moved to CIBC World Markets to open their Baltimore sales office. During his tenure at Alex Brown, Deutsche Bank and CIBC World Markets, he managed major institutional client relationships in New York, Chicago, Los Angeles, the Mid-Atlantic and the Midwest. Bob also served as a senior member of the Non-Deal Marketing Committee and Deal Marketing Committee at both Deutsche Bank and CIBC.

During his Wall Street career, Bob worked closely with management teams in executing a variety of public equity, equity-linked and privately placed equity transactions in many growth sectors. He has also led senior management teams on hundreds of non-deal road shows.

Bob received a BA in Finance from Loyola College in Baltimore. He lives in Baltimore, Maryland, with his wife and three children.