Are You Ready to Deal with Activist Shareholders? 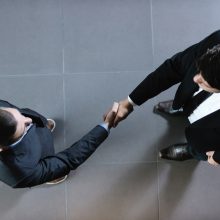 Whether notification comes from an open filing with the SEC, a private letter or an inbound call, the mere presence of an activist investor or fund in a company’s stock is enough to put even the most stalwart management team on edge. In recent years, the growth of specialty and hedge funds has led to a dramatic increase in shareholder activism, which has brought both problems and benefits to investors and managements.

One important point to keep in mind when dealing with activists is that despite their loud voices, activist shareholders’ opinions should not outweigh those of other shareholders. That said, as shareholders, activists’ opinions are important and can be very helpful if approached with an open mind, as most activists seek increases in a company’s share price just as management teams do.

However, interests often diverge with the time frames and methods each would like to see. Activists often seek to unlock existing value as rapidly as possible, often through reorganization and austerity, while management teams often take a longer-term view that focuses on investment and franchise expansion. Depending on the specific case, either approach could be the best path for shareholders as a whole.