Will the Hong Kong Exchange Rival NASDAQ For Biotech IPOs? 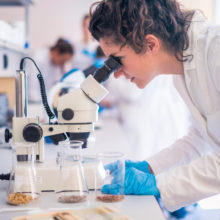 In April 2018, the Hong Kong Exchange announced a change to its listing rules to allow (among other things) biotechnology companies with no revenue to list on the bourse. The move came as Hong Kong sought to establish itself as a financing hub for pre-revenue companies, in the face of fierce competition from the Chinese mainland and Singapore, exchanges from which had been aggressively wooing companies with fast-growing earnings.

The rule change prompted a rush from an initial eight biotechnology companies to apply for a Hong Kong listing (some of which dropped plans for a U.S. IPO), a veritable stampede that has since been joined by others, and which many thought could mark a major change in the way non-U.S. biotech companies are funded (the more traditional route involving a U.S. (NASDAQ) listing with or without a local listing in the company’s home market of Britain, Europe, Canada, etc.).

It was believed (or possibly being marketed) that Hong Kong would offer prospective listees a premium valuation versus what they might achieve in the U.S., given: 1) the initial scarcity value of the first offerings; 2) the perception that Chinese investors are currently awash with excess liquidity; and 3) implied support from Chinese governmental and pseudo-governmental funds in establishing the Hong Kong Exchange as a rival to NASDAQ.

There was obvious appeal, even if it sounded too good to be true.

Five months later however, the resulting excitement appears to be cooling.

This is because two of the original eight applicants have now completed their Hong Kong IPOs and the results have not been pretty for investors.

Hangzhou-based Ascletis, a fully integrated anti-viral platform company, made it to market first. It made its trading debut on August 1. The company raised c. HK$3.0B (c.$400M) at HK$14 a share, in the middle of its HK$12-16 marketed range. Since then, after approximately four weeks of trading, the stock price (HKG:1672) has fallen to HK$8.03, down 42.6 percent.

BeiGene came next. The Beijing-based immuno-oncology company closed a HK$7.08B ($903M) offering on the Hong Kong Exchange on August 8 (BeiGene’s American Depositary Shares (ADS) were already listed on NASDAQ under the ticker BGNE). The offering took place at HK$108 per share, equivalent to an ADS price of $178.90, and just below the previous day’s closing price of $179.44. Since then, the ADSs have fallen 9.0 percent to $164.61 and the Hong Kong-listed equity (HKG:6160) has fallen 9.2 percent to HK$98.10.

Considering that Hong Kong is experimenting with allowing biotech IPOs at a time when the Hang Seng is down 11.6 percent year-to-date and the Shanghai Composite Index is down 19.2 percent over the same period, the sudden local interest in biotechs seems untimely to say the least. Yet, according to the South China Morning Post, the Hong Kong public offering for Ascletis was eight times oversubscribed versus coverage of just 1.17 times for the corresponding international tranche. That, to me, coupled with what has happened to Ascletis’ and BeiGene’s share price subsequently, implies a local bubble or a fad rather than the beginnings of a comprehensive ecosystem for funding biotechs.

By contrast, the U.S. market, centered around NASDAQ, is long-established with a sophisticated array of investment bankers, research analysts, venture capitalists, crossover investors, serial entrepreneurs, journalists, and dedicated investor healthcare conferences. Such a system cannot be replicated overnight. Yet such a system, and the knowledge base it represents, is what is needed to finance biotechs through all stages of their development, regardless of the equity market cycle. America’s ten-year bull market aside, follow-on biotech financings and private biotech financings will still be taking place for companies with good data, even in the worst of times. Can the same be said of Hong Kong?

The sudden interest by mainland and Hong Kong locals in biotech looks like a move into the riskiest asset class following a steady move, over the last decade, further and further up the asset risk curve. It’s not clear to me, especially now that people are losing money on their first two trades, that there exists the sophistication or patience to value Hong Kong-listed biotechs properly in the coming months and years. And that bodes badly for the possibility of follow-on financings and, in turn, successful drug development.

It should also be noted that Europe has tried and failed to develop its own rival to the NASDAQ-centric financing model for biotechs. London’s Alternative Investment Market (AIM) being a prime, but by no means the sole, example.

Nevertheless, undaunted by all of the above, Shanghai-based Hua Medicine, a diabetes treatment developer, on August 22 started pre-marketing a Hong Kong IPO, with plans to raise about $200 million. Ascentage Pharma Group International, which focuses on hepatitis B and cancer treatments, has filed to raise up to $300 million in Hong Kong. And finally, Zai Lab, which is already listed on NASDAQ, has been reported as planning a dual listing in Hong Kong in 2019.

It will be interesting to see if Hong Kong can score a few wins in the coming months to keep its dream of being a hub for biotech financing alive. Thus far, it doesn’t look like it will be replacing NASDAQ any time soon.

For more insight into IPOs, download our “Insider’s Guide to Going Public.” Want to discover how the Westwicke team, with more than 300 years of Wall Street experience combined, can best position your company for success with investors? Get in touch.

Tom McDonald is a Partner/Managing Director and Head of Business Development. He is responsible for marketing the firm’s capabilities to potential new clients as well as the institutional investment community.

Are you thinking of taking your company public?

Our eBook, Westwicke Insider’s Guide to Going Public, can successfully guide you through the IPO process.