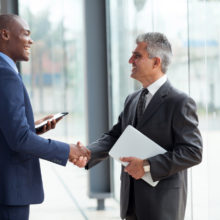 Wall Street analysts can play a key role in a company’s investor relations plan, so executives should approach these relationships carefully. Properly handled analyst relationships can become a significant asset to a company, while missteps may create unnecessary problems — especially considering that analysts may share anything you say with the public markets.

First, companies need to make sure that only designated executives speak with analysts. That’s typically the CEO and CFO, but some companies also authorize CMOs, COOs, or others to communicate with the Street. Before engaging with an analyst, executives should make sure they’re officially among the company’s approved Street-facing representatives.

However, it’s easy for other managers to find themselves chatting with analysts, so it’s crucial that team members know your policy. For example, an enthusiastic vice president of sales representing your company at a conference or trade show might start talking about future sales and stretch goals — precisely the kind of casual, unauthorized conversation to avoid.

Putting the right people in front of analysts is only the first step. From there, executives must tend to the nuances and potential pitfalls in communicating with the Street. Here are four crucial mistakes and how to avoid them.

It’s important to nurture open, balanced, professional relationships with analysts. Westwicke can help you develop a successful plan to manage this vital piece of your company’s IR strategy. To learn more, get in touch.