Are There Reasons for Optimism in the Healthcare IPO Market? 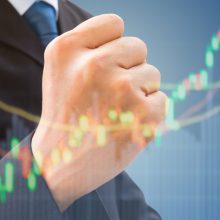 At Westwicke, we’re often asked for our opinion on the state of the market for new public offerings. And the sad truth is that for all but a fortunate few, the IPO window has been shut tight for more than a year.

But the IPO market, like all markets, is cyclical. This bearish view of new public offerings will eventually turn, just as it has many times before.

In seven years at Westwicke I have seen the capital market cycles slow and accelerate several times. In 2010, the market was so cold to new IPOs that most CEOs and CFOs I met had absolutely no interest in testing it. But time chugged forward, the Jobs Act was implemented, valuations increased, and we began to see some renewed interest from both sponsors and management teams in going public.

By the time we got to 2014 there was no shortage of interest. The healthcare vertical was performing well, and suddenly CEOs and CFOs were feeling like perhaps being a public company might be an option to at least consider again.

Last year was a tough one for IPOs. But are there reasons to believe the long hibernation period is finally ending — at least in the healthcare vertical?

My own answer to that is yes. Healthcare is one of the best-performing sectors year-to-date, and as Westwicke’s head of business development, I can tell you we are extremely busy taking inbound calls from management teams, adding new clients, and assisting more than 20 current private companies that may at some point want to complete an IPO.

Having said that, the IPO market is a tricky thing to predict. We know it will turn, but it’s hard to know when. So I polled my colleagues to get their perspective on the state of the market, and they were happy to provide their unvarnished opinions. Here are four reasons the IPO market may be rebounding, and some reasons it may not be. Enjoy.

The Investment Bankers Are Swamped

We have noticed that the investment bankers have become increasingly busy to the point that they are having to seriously consider the amount of bandwidth that they currently have. We have even seen these bankers, citing activity level, decline to participate in bake-offs, a process through which they generate business by pitching services to potential new clients. It is also taking bankers longer to initially engage with firms, so if companies want to be part of an investment banking process, they should kick-off the process earlier than normal.

The Technicals Are Looking Strong

Looking at each of these variables suggests we are in an environment conducive for a rebound. First, the S&P 1500 healthcare index is up approximately 15%, making it the second-best performing sector within the S&P 1500 (behind only technology). And the NASDAQ Biotech Index is up about 17% YTD. So there is good demand for healthcare stocks.

Second, the VIX is near 52-week lows and has maintained levels well below what many believe is the required threshold for a robust IPO market (<15). Last, and perhaps most important, the IPOs priced in 2017 have done pretty well, producing a median return (at this writing) of 21% and an average return of 15%.

So if you believe these are relevant metrics, there appears to be good demand for healthcare stocks, which could drive a rebound in the healthcare IPO market.

Current IPOs are getting priced in or at the top end of the range and (as Chris says above) are performing well post IPO-pricing. That’s one reason buy-side accounts (including some generalists) are taking more non-deal road show meetings and showing more interest in investing.

The Politics Are (Still) Lined Up for Value-Based Care

Following the election last year, when Republicans took control of the White House and both houses of Congress, healthcare information technology valuations pulled back and IPO plans were being put on hold, as the market worried that the government, in a post-ObamaCare world, would abandon its commitment to value-based care (VBC). What we’ve seen in the first half of 2017, however, is that the government continues to be committed to VBC as a means to curb healthcare spending and shift coordination of care to the providers. With those concerns eliminated, I believe that 2018 could be a fruitful year for healthcare IT IPOs.

When it comes to the healthcare IPO market, I think those are some good reasons for optimism. Yet there are also reasons to remain cautious, or even pessimistic. For example, our colleague Laurence Watts reminded me that general IPO activity in the first half was poor, and that the tax reform promised by the Trump administration (including repatriation of foreign cash holdings), which was supposed to jumpstart the IPO market, has not happened and does not appear imminent.

And while these points are more representative of the market generally than the healthcare market specifically, Laurence also noted that the NASDAQ Biotech Index, though up this year, was trading at 3,242 on July 10, well off its July 2015 high of 4,162.

“While healthcare companies’ interest in going public appears buoyant, it’s not clear to me that the ‘market,’ rather than just potential supply, is rebounding,” he told me.

Good points. Still, there is no denying the increased level of interest among both management teams that want to go public this year or next year, and among sponsors looking for opportunities. Just recently, I was with three cross-over investors who said they are all extremely active looking for private companies to invest in who want to go public within the next 12 to 18 months. I feel like we are turning the corner on a slow 2016.

If you’d like to go public, picking the right time is important, but not as important as how you run your business, whether you hit your milestones, and how effectively you communicate with investors and analysts. When the opportunity does present itself, you want to be ready.

We can help. To start check, out our comprehensive eBook, Westwicke Insider’s Guide to Going Public, which is chock-full of advice on the entire IPO process. And feel free to reach out to talk about your own unique situation.

Tom McDonald is a Partner/Managing Director and Head of Business Development. He is responsible for marketing the firm’s capabilities to potential new clients as well as the institutional investment community.