Why Some Private Biotechs Are Hot With Investors 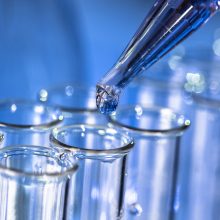 One of the most frequently asked questions we hear from executives running private life science companies is this: why are some firms in our industry generating a lot of buzz and interest among crossover investors while others are not? And a common follow-up is: What do I need to do to cultivate that kind of investor appetite for my company?

So it was no surprise that several executives raised these very questions during the Westwicke’ Biotechnology Pre-IPO Crossover Investor Conference that we recently co-hosted in New York with William Blair, a leading and growth-oriented global investment banking firm.

Given the high level of interest and the many millions of dollars available for investing, I’d like to share with you what I told executives during the conference and during many previous conversations.

There is value, I think, in prefacing my responses with a few words about crossover investors, a relatively new and exceptionally well-funded breed now operating in the capital markets. Crossover investors target private companies that are likely to go public within a matter of months rather than years. They are looking for, among other things, better valuations than they can find iddn companies that are already trading publicly. They differ from venture capitalists in that they do not pursue the even-less-expensive valuations associated with start-ups years away from a monetizing event such as an IPO. A single crossover investor can invest anywhere from a few million dollars to something north of $50 million in a company on the brink of ringing the bell for the first time on Wall Street. Okay, on to the questions.

1. Management with a track record of success. Private companies with accomplished leaders are often more desirable to crossover investors than those with executives who haven’t sold previous firms for significant prices, who haven’t already taken another company public, or who haven’t yet brought products to market.

2. Prominent investors already on board. Some crossover investors like to back companies that have already secured capital from other successful investors. There are a number of possible explanations for this. Among them:

3. Immunotherapy focus. Right now, companies dedicated to the development of therapies that work with the immune system to combat disease are immensely popular among investors of seemingly every stripe, including those in the crossover community.

4. Strategic partnerships forged and maintained. Private life science firms that have established strategic partnerships, typically with larger pharmaceutical companies, can be appealing to investors because they can demonstrate that their company is fully integrated. The idea here is that a big pharma outfit such as Pfizer invests financial and even intellectual capital to help the smaller biotech with research and development with the objective of accelerating a product’s time to market as well as validating the science and technology. That said, some investors take the opposite view. Such partnerships are not without cost for the smaller private biotech, of course. Depending on how the deal is structured, the big pharma company can assume the lion’s share of its partner’s future upside, rendering the private company less attractive to crossover investors.

Question 2: What immediate steps can I take to create big buzz for my company among crossover investors?
Based on the previous list, one might conclude that executives should simply transition into immunotherapy, enhance their resumes, sign up a few prominent investors, and enter a strategic partnership (or not). That conclusion, however, would be mistaken.

Abandoning your core mission or contorting your story to depict your company as the belle of the investment ball is unwise and potentially quite dangerous. Even the best trickery is transparent to investment professionals, and when they detect what you’re up to you’ll disappoint and lose credibility.

Instead, follow the recommendation of William Shakespeare: To thine own self be true. Do what you do as well as you can. You can still have a compelling investable story to tell the financial community even if you lack one or more of the four elements that are helping to generate buzz right now. I emphasize “right now” because like many things on Wall Street, sectors go in and out of favor. Today it is immunotherapy; tomorrow it could very well be your space.

I would divulge the formula of the secret sauce for immediate buzz generation if one existed, but it doesn’t. What we at Westwicke can provide is expert advice based on decades of Wall Street experience on how to tell your company’s unique story and generate interest from crossover investors. To talk more about how we might help, feel free to contact us.