A crisis can break in an instant. Are you prepared? Use our eBook to develop a plan. Download Now

Resist the Urge to Over-Communicate with Investors Post-IPO 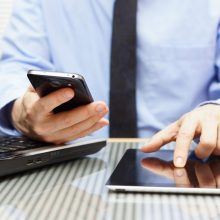 In the months that follow the successful completion of an initial public offering (IPO), some companies have a hard time striking a balance between under- and over-communicating. This happens, in part, because the final week of the IPO road show is one of the most frenetic and adrenalin-pumping periods in the careers of any management team, and being back in the office after so much excitement can feel like a letdown.

To fill that void, some management teams react by getting right back out there (once the 25-day quiet period has expired) to tell their story to the same or new investors all over again. At Westwicke, we advise rethinking that strategy and taking a more balanced approach. Consider these tips and real-life scenarios from the field to help you determine the right mix.

Non-deal road shows can wait until you have something new to talk about.
One of my recent IPO company clients thought it would be a good idea to do a non-deal road show (NDRS) about a month after the IPO closed. Their sell-side analysts had just issued their initiation of coverage reports, and at least a couple of these analysts expressed a strong interest in organizing an NDRS.

When this happened, the company had just met with 60 or more of the investor targets most likely to be interested in their company during the road show and test-the-waters meetings. Nothing new or significant had happened since to warrant an investor update. The temptation was too great, however, and the company went ahead and agreed to an NDRS in Boston, to be organized by a sell-side firm that had just launched coverage. When the salesforce tried to set up the meetings focusing on 12 targeted accounts, seven of them flat out said: “I just saw you on your IPO road show. I don’t need to meet again so soon.” As a result, the company reevaluated its strategy and decided wisely to postpone the Boston road trip until they release new data or have something additional to say.

To determine whether to do another road show in the months following your IPO, ask yourself this question: do I have anything new to communicate that investors need to hear? At times, the answer might be yes.

One of my biotech clients with complicated science behind a new therapeutic approach to treating cancer had been told by several funds during the IPO road show that they liked the company’s strategy but did not have enough time to “dig in, do the work, and understand the science.” In this case, the company was able to set up an NDRS and reconnect with several key investors only about six weeks after the IPO. The NDRS was very well received.

As a rule of thumb, management teams need to carefully consider all of the factors when figuring out the proper balance of post-IPO investor outreach and communications.

Conducting a financial results conference call is not required.
The same approach used for road shows applies to financial results earnings calls and webcasts, especially if you are a development stage biotech company with no numbers to talk about other than cash and burn. If nothing has really changed, then think about delaying it for a few quarters after the IPO. Keep in mind, too, that deciding to conduct a quarterly call is a long-term commitment that is not easily abandoned.

Most often, a well written news release describing the financial results, along with a corporate update and the 10-Q, should provide enough information to satisfy the market. Follow up the release with targeted calls to your covering sell-side analysts and major holders to answer any questions and make sure they saw and understand the results.

Wait for investor conferences where you can connect with the right audience.
Investor conferences are another temptation that can result in too much exposure for newly public companies, especially conferences that involve a day of one-on-one meetings. The underwriters for your IPO most likely have industry-specific investor conferences and will invite you to present. Depending on the number of banks on your IPO, this could result in at least three (possibly more) conference invitations over the course of a year — plenty for a fresh IPO company.

There is a tendency, though, for companies to overdo it. A client I work with now at Westwicke felt compelled to jumpstart its conference circuit activity and accepted invitations to present at two pay-to-present conferences (the fee to participate is usually $5,000 to $7,000 per conference) within three months of the IPO. The company didn’t have anything new, really, to talk about. But its management team wanted “to get out there and stay in the mix.”

Afterward, the team felt a real letdown because only a handful of people attended their group presentation, and the one-on-one schedule never materialized. The only thing the CEO got out of it was a chance to practice the presentation in a live setting. Ultimately, the team felt frustrated over the lost time and efforts.

Of course, crawling into a bunker after completing the IPO falls at the other extreme, and is even more detrimental to the goal of building relationships and trust among the investment community. Newly public companies need to strike the right balance between over- and under-communicating with investors, and a long-range strategic investor relations plan can help. Well-designed plans designate the conferences, dates, and cities you will visit, plus other points of interaction with investors in the coming year, in a thoughtful, premeditated way.

For guidance on devising a strong plan, read “Core Elements of an Effective IR Plan,” a blog post by one of my colleagues at Westwicke, Peter Vozzo.

Download our latest eBook, Managing COVID-19 Vaccine Policies in the Workplace, to learn what issues to consider and how to handle surrounding communications.

Ensure the success of your next M&A transaction.

Learn how to design and execute an M&A communications program that inspires confidence, reduces uncertainty, and generates stakeholder buy-in and support in our eBook, M&A Communications: 5 Keys to Success. Download Now.