Do You Have a Review Process for Public Communication? 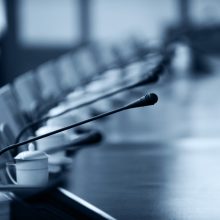 I’ve written before on collaboration between the information “silos” that exist within some organizations and why it is important to establish — and stick to — an internal control process for issuing public information. The other morning, I was reminded why this is so important … and the consequences of what can happen when it breaks down.

Shortly after market open, I received a call from a CFO saying he was surprised by a press release that his company had issued pre-market, about which he was already getting calls from analysts with questions. He had to go to his own company’s website to see what had been released. My second call was from the General Counsel of that same company asking how they could add a Forward Looking Statement paragraph on a material release that had already been issued, as well as make corrections to outdated language in the “About the Company” section.

How could this happen in a small company (let alone a large one)? It happens more times than you would think – in part due to the fact that some companies believe they are always aware of what’s in the works and a formal control process isn’t necessary.

In this case, management had at least an informal internal control process. But in the haste of getting out a release before an industry event, its process was bypassed under the assumption that everyone was in the loop on the drafting review cycles. In truth, while the release had been discussed and a rough draft had been prepared, several executives had not seen the final version of what was made public and were unaware of the timing. As a result, they had no time to prepare for incoming questions from board members, investors, and analysts. Moreover, critical Reg FD components were omitted and boilerplate language branding the company was inconsistent with the updated profile.

Here are a few ways to avoid situations like this.

Internal controls are a critical part of the communication process and why we stress the importance of having procedures in place so that all messaging is consistent and meets Reg FD, etc.

For a conversation about how to tighten your own process for releasing public information, reach out.