Constantine Davides joined Westwicke in 2018 as Managing Director in our Boston Office. Constantine's focus is working with Boston-based companies in the life sciences, healthcare services, and healthcare technology areas. He has extensive sell-side, buy-side, and industry experience stemming from 15 years of experience as an analyst. 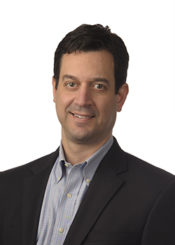 Before joining Westwicke, Constantine served as Healthcare Analyst at AlphaOne Capital Partners, where he analyzed small-cap equities across all healthcare sub-verticals. Prior to AlphaOne, Constantine served as Healthcare Analyst for BlackRock’s small- and mid-cap growth team, identifying investment opportunities across all subsectors, including biotech, pharmaceuticals, services, healthcare technology (HCIT), and med-tech.

Before his career on the buy side, Constantine spent five years at JMP Securities as Healthcare Services Analyst, where he focused on healthcare services and HCIT. At JMP, Constantine published proprietary industry and company-specific analysis, often the result of conversations with his network of industry contacts. Constantine supported JMP’s investment banking initiatives, including capital raise activity, initial public offerings, and M&A transactions. Constantine also worked at both Susquehanna and Leerink prior to his time at JMP.

Constantine began his career at Mercer Consulting but left to join CareTools, an HCIT vendor. Constantine also served as Director of Operations for privately-held Brandwise, where he helped to construct a sales force automation platform that was ultimately acquired.

Constantine received his MBA from Carnegie Mellon and earned his BA from Wesleyan University. He is also a CFA charterholder. Constantine lives south of Boston with his two sons.

Preparing for an investor meeting?

Download our checklist of 6 questions investors will ask to make a decision about your company.