A View From Washington: Top Biden Administration Priorities and Their Implications for Business 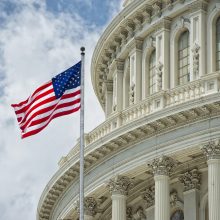 As the Biden Administration begins to implement its agenda, and with the 117th Congress now fully controlled by Democrats, the pace of activity in Washington is poised to accelerate. In this post, we have detailed a cross section of the Biden Administration’s domestic priorities, provided analysis of them, and offered a strategic overview of how companies can position themselves to simultaneously benefit from this activity and, importantly, prepare in the event they become the focus of unwanted scrutiny.

We note that the agendas identified here are all part of an evolving list of priorities that will likely change in the months ahead. Additionally, an unexpected domestic or international incident could drive a re-ordering of these concerns – and we will certainly continue to provide updates in the coming months.

The Bottom Line Up Front (BLUF)

The Democrats are now in power – and they intend to use it. In the almost two weeks since President Biden was inaugurated, his administration has moved rapidly to put its stamp on the federal government, purge personnel and policies left by the Trump Administration, and set out an ambitious legislative agenda. The president has already signed and issued a record number of Executive Orders on everything from a federal mask mandate to revoking the permit for the Keystone XL pipeline.

At the strategic level, two parallel and distinct paths have emerged that we read as a template for how the Biden Administration will govern in 2021. They are:

In this context, companies across sectors should anticipate:

And while the precise shape of these initiatives remains in flux, companies have the opportunity to use this period of relative inactivity to carefully monitor developments (beyond the general information available from their respective trade associations) – and be well prepared with programs in place to influence the necessary stakeholders in order to take advantage of opportunities, and to respond immediately in the event of unwanted scrutiny. By way of example, Congress has been quick to announce hearings into the current Robinhood, GameStop, and market volatility issues and call for reform without – yet – specifying their perceived “villain.” Without the ability for a company to act quickly, articulate its narrative, and draw on its third-party allies, they could become subject to ongoing and damaging criticism.

The fact that the Democratic majorities in both houses of Congress are quite narrow – and at the same time that their caucuses are quite ideologically broad – means that major pieces of legislation will need to be crafted to navigate between mainstream members and those who are farther to the left. In turn, this will drive a need for more middle of the road legislative proposals, potentially jettisoning specific provisions in large packages (i.e., the $15 minimum wage proposal in the current Covid-19 stimulus bill) for consideration at a later date.

The practical implications of a Democratic-controlled Congress include:

Given the urgent need of many of the individual programs in this package, we expect that if this process appears to break down, the White House will seriously consider a more incremental approach to tangibly demonstrate the results it is achieving for the country. An important cohort of Republicans do not want to be seen as obstructionist and will be more supportive of the more targeted bill approach. In fact, 10 Republican senators offered an alternative $600 billion package for consideration and met with the president to discuss it. This is noteworthy given that with these ten senators, the 60 vote (non-reconciliation) threshold to pass the legislation in the Senate would be met, provided all 50 Democrats supported the approach.

Spending at this level will be difficult to get through Congress, especially coming on the heels of some, or all, of the Covid-19 stimulus plan. We expect that key elements of this proposal will eventually get approved and funded, but not the entire package right away.

Along with other hot button financial issues, such as the cancellation of student debt, we see these as second-tier priorities that, while important (and certain to generate continued discourse), are not likely to be a part of the Biden Administration’s first year agenda, even as momentum for these types of changes in 2022 will continue to build.

As distinct from its largely mainstream nominees to Cabinet-level departments, the Biden Administration has readily embraced more activist nominees across key regulatory agencies. As a result, we expect issues around social justice (including the representation of members of diverse communities on corporate boards of directors), climate change, workers’ rights, and related matters will be high on the agenda.

By way of example:

We anticipate that the growing concern about market volatility, Robinhood, GameStop, and related matters will prompt the Senate Banking Committee to accelerate Gensler’s confirmation hearing (which as of today has not been scheduled).

We anticipate that the growing concern about market volatility, Robinhood, GameStop, and related matters will prompt the Senate Banking Committee to accelerate Gensler’s confirmation hearing (which as of today has not been scheduled).

The testimonies of Biden Administration nominees for Secretary of Labor, Secretary of HHS, EPA Administrator, and other key roles will provide additional guidance on their respective policy priorities.

As noted above, these priorities are likely to be joined by additional issues in the coming months. Nonetheless, the fundamental configuration of the Biden Administration as a focused, activist team with Democratic Congressional majorities will enable them to accomplish a great deal.

This blog post was originally published on the ICR blog, Insights.

Michael R. Robinson is a consultant for Westwicke and ICR.